Hebrews 2:1-4 (#2 a, b): Contaminated Spiritual Streams from Drift to Neglect

In video blog we look at the scriptural basis 5 contaminated spiritual streams which progress from drifting from our faith to neglecting our faith in Christ. This is an overview, for what we will dig into deeper in the next few weeks of video messages.

Posted in Uncategorized, Hebrew 2:1-4 | Tagged apostasy, falling away, so great a salvation, spiritual drifting, spiritual neglect, The Book of Hebrews | Leave a comment

In this multi-part series beginning in Hebrews 2:1-4, we discover what it means to drift from the the greatness of our faith in Christ, to a neglect that has the potential to a personal faith catastrophe . We will also explore five contaminated streams, which arise out of drift and progress to neglect.

Let’s Stop Complaining the World is not Holy for Us.

LET’S STOP COMPLAINING that entertainment and sports is too sinful to be a part of. Imagine Christian’s being upset over the world not making their entertainment more holy.

Over the last generation the church in America has attempted to sanctify worldly things, we don’t think are that bad, because “all things are lawful”, this is despite the fact that those things are almost always not expedient. (I Corinthians 6:12, 10:23).

To defend this non-sensical and unbiblical practice, more than a few carnal ministers have come up with teaching, summarized as “Christians aren’t supposed to be known as those who are “Thou shalt not people”, or by “what we avoid” (actually we are).

In that effort, to sanctify the “not so bad” carnality of the world, the flesh and the devil, we have let the world and the devil direct our flesh. Being upset or grieved over a halftime sexually immoral show is not enough. How can we justify partaking in the NFL at all.

Consider that in addition to the players ridiculous salaries and team revenues, the owners and players union fight over multiple billions each year (up to over 9 billion in some years), in additional monies. It’s impossibly to justify Christian participation in a sport which drives such greed; including multiple billions in gambling addiction annually. Not to forget how the league is pushing the LGBT agenda. Consider the San Francisco 49ers and the Cleveland Browns have just hired two lesbian woman as a coach and chief of staff (and very publicly).

Let’s not leave out our other idol producing sports, which drive the same carnal and sinful practices… MLB, NBA, NHL, NASCAR  and college sports.

When do we Christians in America contrast our own quality of living the Christ-life, with the majority of 95% of our brethren world wide. They don’t practice the idol worship of sports teams and the mighty men of renown produced by them. You heard me correctly… the Lord Jesus Christ the author and finisher of their faith is their fixation, doing His will is their food, and waiting for and cheering His coming is their past time.

Because of that reality, they are powerful in their faith and witness, which has led to persecution (A routine result of saints filled with Christ’s love and His presence; we are not persecuted because of a half-time show).

(2 Corinthians 6:14 – 7:1) Do not be unequally yoked together with unbelievers. For what fellowship has righteousness with lawlessness? And what communion has light with darkness? And what accord has Christ with Belial? Or what part has a believer with an unbeliever? And what agreement has the temple of God with idols? For you are the temple of the living God. As God has said:

“I will dwell in them
And walk among them.
I will be their God,
And they shall be My people.”

“Come out from among them
And be separate, says the Lord.
Do not touch what is unclean,
And I will receive you.”
“I will be a Father to you,
And you shall be My sons and daughters,
Says the Lord Almighty.”

In Part III of the lead series to our walk through the book of Hebrews we examine the accomplishment and power of the blood of Jesus Christ the Lamb of God… “who when He had purged of of our sins, Himself, sat down at the right hand of the Majesty on High”.

In our part II of our teaching covering Hebrews 1:1-4, we look into Christ being the expressed image of His (God’s) Person and how that intersect with our being pro-created in the image of God. You will be amazed and challenged.

Posted in Abortion, conception flash, Hebrews, Hebrews 1:1-4, Jesus Christ is the expresses image of the Person on God, Uncategorized | Leave a comment

Dear Friends below is a podcast on which I was a guest called “Time To Revive” on SHINE FM 88.5 AND 88.9

The discussion centered on how we resolve the tension between being saved by grace through faith and God’s ordination of good works for the disciple of Christ. The entire Podcast runs 23 minutes and 16 seconds. I am brought in at 5:47. Please take a prayerful listen and comment if you would like further instruction or dialogue. Below is a link to SHINE FM 88 where you can listen to more podcasts with other guests.

Read this zealous (filled with knowledge) take on the need for desperate prayer from Leonard Ravenhill.

PRAYER GRASPS ETERNITY (from “Why Revival Tarries” from Leonard Ravenhill) 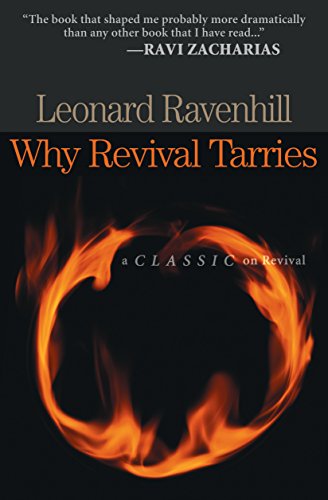 No man is greater than his prayer life. The pastor who is not praying is playing; the people who are not praying are straying. The pulpit can be a shop-window to display one’s talents; the prayer closet allows no showing off.

Poverty-stricken as the Church is today in many things, she is most stricken here, in the place of prayer. We have many organizers, but few agonizers; many players and payers, few pray-ers; many singers, few clingers; lots of pastors, few wrestlers; many fears, few tears; much fashion, little passion; many interferers, few intercessors; many writers, but few fighters. Failing here, we fail everywhere.

The two prerequisites to successful Christian living are vision and passion, both of which are born in and maintained by prayer. The ministry of preaching is open to few; the ministry of prayer—the highest ministry of all human offices—is open to all. Spiritual adolescents say, ‘‘I’ll not go tonight, it’s only the prayer meeting.’’ It may be that Satan has little cause to fear most preaching. Yet past experiences sting him to rally all his infernal army to fight against God’s people praying. Modern Christians know little of ‘‘binding and loosing,’’ though the onus is on us—‘‘Whatsoever ye shall bind. . . .’’ Have you done any of this lately? God is not prodigal with His power; but to be much for God, we must be much with God.

This world hits the trail for hell with a speed that makes our fastest plane look like a tortoise; yet alas, few of us can remember the last time we missed our bed for a night of waiting upon God for a world-shaking revival. Our compassions are not moved. We mistake the scaffolding for the building. Present-day preaching, with its pale interpretation of divine truths, causes us to mistake action for unction, commotion for creation, and rattles for revivals.

Prayer is profoundly simple and simply profound. ‘‘Prayer is the simplest form of speech that infant lips can try,’’ and yet so sublime that it outranges all speech and exhausts man’s vocabulary. A Niagara of burning words does not mean that God is either impressed or moved. One of the most profound of Old Testament intercessors had no language—‘‘Her lips moved, but her voice was not heard.’’ No linguist here! There are ‘‘groanings which cannot be uttered.’’

Can any deny that in the modern church setup the main cause of anxiety is money? Yet that which tries the modern churches the most, troubled the New Testament Church the least. Our accent is on paying, theirs was on praying. When we have paid, the place is taken; when they had prayed, the place was shaken!

In the matter of New Testament, Spirit-inspired, hell-shaking, world-breaking prayer, never has so much been left by so many to so few.

For this kind of prayer there is no substitute. We do it—or die!