“Where was God, when Paradise burned?”

California is still burning. In the most recent catastrophic wild fire the death toll has climbed to 88, with 500 people still unaccounted for. Paradise California, a town of 26,000 residents, is almost entirely uninhabitable.  When adding another major wildfire and several less widespread fires, California is burning as it never has before; the devastation in human life, loss of property and loss of cultural and community is beyond American comprehension.

Sadly, the loss resulting from these fires seems to be beyond the scope of many Christians ability to comprehend. Recently, I saw an article addressing where God was, during the California fires. I find it quite interesting, that many Christians in this nation will ask these types of questions, whenever these catastrophes effect American lives or property, but conveniently forget to question when… 22 Egyptian brothers in Christ are beheaded on YOU-TUBE by ISIS terrorists—or a Tsunami wipes out 200,000 lives in less than 6 hours—or we see the hovels and holes Syrian families are living in, as a result of the proxy war being fought within the borders of that nation?

I will be blunt! I have grown tired of the doubt filled musings we American Christian’s offer when we feel or see suffering, we think ought not to happen in such a “blessed nation”. Let us once more drill down to the bedrock of faith in our God, that we may cease giving improper testimony to His character and nature. Where is God when devastating fires happen in America? Where He always has been… EVERYWHERE! Is this not what Psalm 139 reveals about God’s omnipresence?

Psalms 139:7-10 Where can I go from Your Spirit? Or where can I flee from Your presence? If I ascend into heaven, You are there; If I make my bed in hell, behold, You are there. If I take the wings of the morning, and dwell in the uttermost parts of the sea, Even there Your hand shall lead me, And Your right hand shall hold me.

During these devastating wild fires, as well as when our brothers in Christ were brutally beheaded, or the Syrian proxy war continues to devastate or where life continues in squalor for most of the world’s population—our Father is where He has always been, present in His creation. Paul reiterates this truth to Roman pagan philosophers, as He enlightens them to the “Unknown God” for whom they had erected an alter.

Acts 17:26-28 And He has made from one blood every nation of men to dwell on all the face of the earth, and has determined their preappointed times and the boundaries of their dwellings, so that they should seek the Lord, in the hope that they might grope for Him and find Him, though He is not far from each one of us; for in Him we live and move and have our being, as also some of your own poets have said, ‘For we are also His offspring.’ 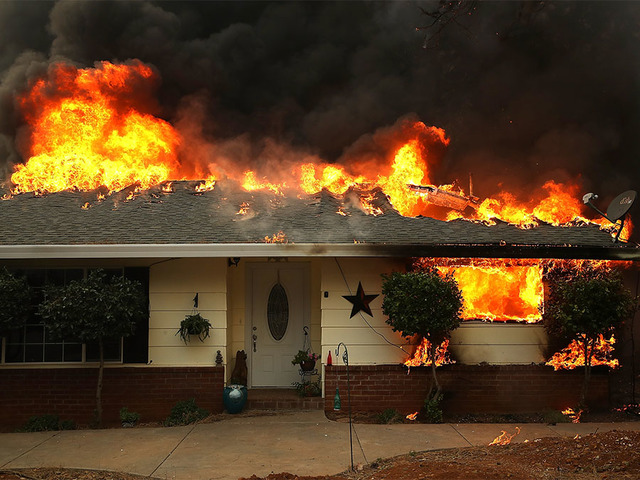 It is difficult  for those who declare they believe in God’s omnipresence, to also reconcile God would be present in His creation, without intervening, when it burns; whether what burns be trees, animals or humanity. But if we believe the account of the flood, or Sodom and Gomorrah, it is not impossible; and I am not implying the wild fires are judgment or wrath from God (remembering tragedies happen, at times, with no direct link to human sin such as the Tower of Siloam, in Luke 13:2-5).

Despite, the truth concerning God’s character from His word, Christians waffle uncomfortably in articulate the truth about God during devastating events like the wild fires. Considering this hurdle let’s frame the question a little differently…

Where was God in California when its people have consistently voted for politicians bent on murdering human life in the womb—its citizens pushed for the legalization of marriages between those practicing sodomy and lesbianism—where as a State it leads the push for the legalization of marijuana, which opened their populace to the unclean spirit of “pharmakia” (demon which Jesus cast out and responsible for judgment in Isaiah and Revelation)—or when it’s populace created and sustain the industries responsible for pumping immorality through every inch of American society and to the nations of the world (Hollywood and Silicon Valley)?

During all of those sinful choices and wicked cultural movements, where was God? EVERYWHERE present in His creation! This is why the psalmist revealed that against God and God only do we sin and do what is evil, in His sight (Psalm 51:4).

When considering sin or tragedies the one true God, who is present EVERYWHERE in His creation, is not in suspended animation, insensitive or even indifferent to what is happening. Consider how active He is within the realm of what He has created.

Psalms 29:9 The voice of the Lord makes the deer give birth, And strips the forests bare;

In looking at the second area affected by the voice of the Lord we see that His voice “strips the forests bare”. This simply means that the trees respond to His voice, as to when they shed their dying leaves. Some may believe me to be overstating a simple mechanism placed within the biology of trees that works like a program, without God’s instigation or supervision; I am not.

God is not the watch maker in the sky, who winds it up, lets it go and then takes a break in a galaxy far far away. We are too often given to scientific explanation, at the expense of God’s intimate presence and activity as the catalyst to reality. His voice is what causes foliage to fall every year, for His voice presently commands it.

Psalm 29:9 also reveals that YHWH is intimately involved in the birth of every single deer for “The voice of the Lord makes the deer to give birth”. Let’s take this last statement to its rational conclusion. God created all the animals, therefore His voice commands the birth of not only each deer, but each animal. Again one could argue this is an overstatement, but once again it is not. Scripture also reveals God alone opens the womb of a every woman who gives birth (Isaiah 66:9). We also understand that Christ is the light that lights every man that is born into the world (John 1:9).

Combining these truths we understand God declares the opening of the womb for child birth and all who make it through birth are have been stamped with His image by the Christ. Is this another overstatement? Not a chance, when we consider, that God also upholds all things by the word of His power (Hebrews 12:1-3), and by Christ all things continually consist (Colossians 1:17).

The point to my line of reasoning is to clearly state that the God is present in all things in the universe He created, is present in tragedy and not insensitive or indifferent to the terror or suffering. Because He is omnipotent (all powerful) and omniscient (all knowing), He has either allowed them or ordered them for His purposes (Romans 8:28).

In considering the wild fires specifically, we ought to note both man and God’s potential involvement in the devastation. In the first place, these wild fires are a direct result of poor land management on the part of the Californian governance. In these catastrophes there is always a lot of hand-wringing from politicians, as to not having enough funding for the necessary land cleanup of dead debris, but the hand-wringing is a bunch of sinful, political hooey. California is perpetually on the verge of economic peril, because of the sinful waste of tax payer dollars.

We must remember that God has given us free will and with that gift comes great potential for good and evil. For God’s purposes He has often allowed the sinful free will choices of the few to adversely affect the many; especially when the few are leaders who give the populace promises to their liking. Yet this is not the only reason for the fires.

We must consider that California has been in perpetual drought since 2006. Although there are reasons for drought effect, hidden in the policies of the Californian government, in relation to water delivery systems and land management, one cannot deny drought in the weather patterns. 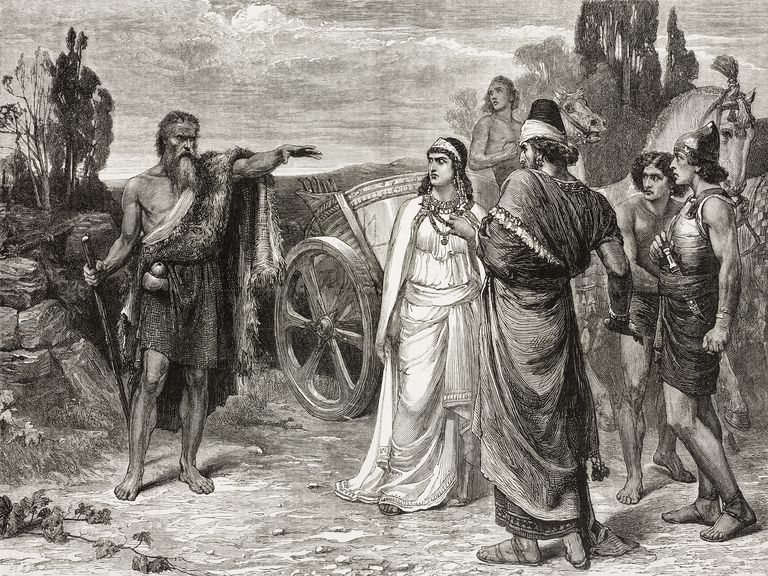 One need only to peruse the written word of God to know, God does send drought as judgment upon the idolatrous and immoral. Perhaps one of the most famous droughts was chronicled in I Kings 17, whereby the prophet Elijah’s declaration, it did not rain in Israel for three years. The consequences upon the population, economy, and government were devastating. Does drought lend to more ferocious wild fires? Yes!

At this some would cry foul, because “innocent” people were killed, but this again is faulty theological thinking. There are no innocent victims of death before a Holy God, before whom all have sinned. Some would decry, what about the children? Well, if they are unaccountable before God, not being old enough to understand the depravity of their sin and its remedy in the cross of Christ, they are with God forever; all others have had their opportunity at the mercy of God.

Romans 1:18-21 For the wrath of God is revealed from heaven against all ungodliness and unrighteousness of men, who suppress the truth in unrighteousness, because what may be known of God is manifest in them, for God has shown it to them. For since the creation of the world His invisible attributes are clearly seen, being understood by the things that are made, even His eternal power and Godhead, so that they are without excuse, because, although they knew God, they did not glorify Him as God, nor were thankful, but became futile in their thoughts, and their foolish hearts were darkened.

Here in, we see all men deserve judgment for their sin. God’s word also reveals that in the end of time, all nations and governments are particularly aligned against God. One need only to read Psalm 2:1-3 to understand the vitriol of the world system against the holy one true God. California for its part has for generations railed against God with its policies like nations of Psalm 2 declaring against the LORD and His Christ, “we will break your bonds in pieces and cast your chords from us”. Would anyone be surprised if the whole state was on fire (or many others for that matter)?

That the State is not completely destroyed IS THE MERCY OF GOD! In His mercy, He has once more revealed (in the midst of devastation), that life is brief and fragile; only those who are in Christ by faith in His atonement and resurrection are guaranteed the mercy of being forgiven–made new in this life–and having the promise of eternal life, rather than everlasting condemnation.

And let us lead them to the love of God displayed in the cross of Christ, that they may avoid the wrath of His unquenchable judgment and receive the comfort of His presence in the valley of the shadow of death. 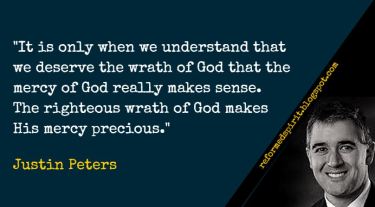 Mike is a pastor with The Assembly of God Fellowship. He is the lead pastor at Encounter Church in Fostoria Ohio. His desire is to encourage the Church of Jesus Christ, and declare God's hope through His Son Jesus, to a world which is long on excuses and short on hope. Mike has experienced the truth that when we kneel before Christ, surrendering to Him as Savior and LORD, being led and empowered by His Spirit. To Jesus Christ be all glory and honor.
View all posts by Michael J Erdel →
This entry was posted in Paradise California, Paradise destroyed by fire, Psalm 139:7-10, Psalm 29:9, Uncategorized, Where was God when Paradise burned?. Bookmark the permalink.