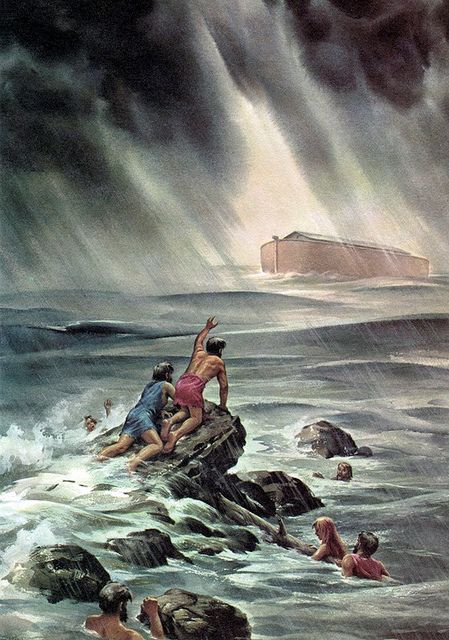 (Hebrews 11:7) 7By faith Noah, being divinely warned of things not yet seen, moved with godly fear, prepared an ark for the saving of his household, by which he condemned the world and became heir of the righteousness which is according to faith.

Although Hebrews 11 is a record of the faith and actions of well known saints from the Old Testament, the chapter is much more than a faith hall of fame. This chapter, perhaps, shows better than any in the New Testament, how these O.T. saints possessed their “own vessel in sanctification and honor” (I Thessalonians 4:2-4). In Noah we find a familiar story, which as we dig deeper, will exhibit not only faith, but the result of all true faith, which is to be set apart.

In this we must be careful, for in America the church would rather prove out the dimensions of the ark itself, or the viability of a world-wide flood account, than learn of the radical faith and action of a servant of God. This we have done, at times to the detriment of the Gospel itself. One need not look far to find that even secular scientists are beginning to accept that the flood is a fact. One need not be an anthropologist to discover that most cultures world over, aside from science, have accounts of the flood that appear similar to the biblical account.

Despite these facts, it should not matter to us what the world believes or uses in error to attempt to overturn the truth. Even if no one else believes the truth, we ought to because God’s Word declares it! Faith like that is very much like the faith of Noah, for no one believed him either, as all were against God’s word, will and servant.

The Great Flood is more important for what it reveals to us concerning faith and how one is to respond in any age, by setting themselves apart from the world and unto God and His will alone. This is also not forgetting what the ark and Noah and his family reveal to us, concerning Christ and those who follow Him (more on that later).

Our passage begins with the phrase “By faith Noah”.  Everything we will discuss arises from  Noah’s real justifying and saving faith. From this same chapter we know that “faith is the substance of things hoped for and the evidence of things not seen”. The substance of hope, was the word God spoke concerning the flood and His instruction to Noah to build the ark. This was his hope being that it was 120 years away (Romans 8:24) and that like His God his own heart was grieved over the wickedness of the world. 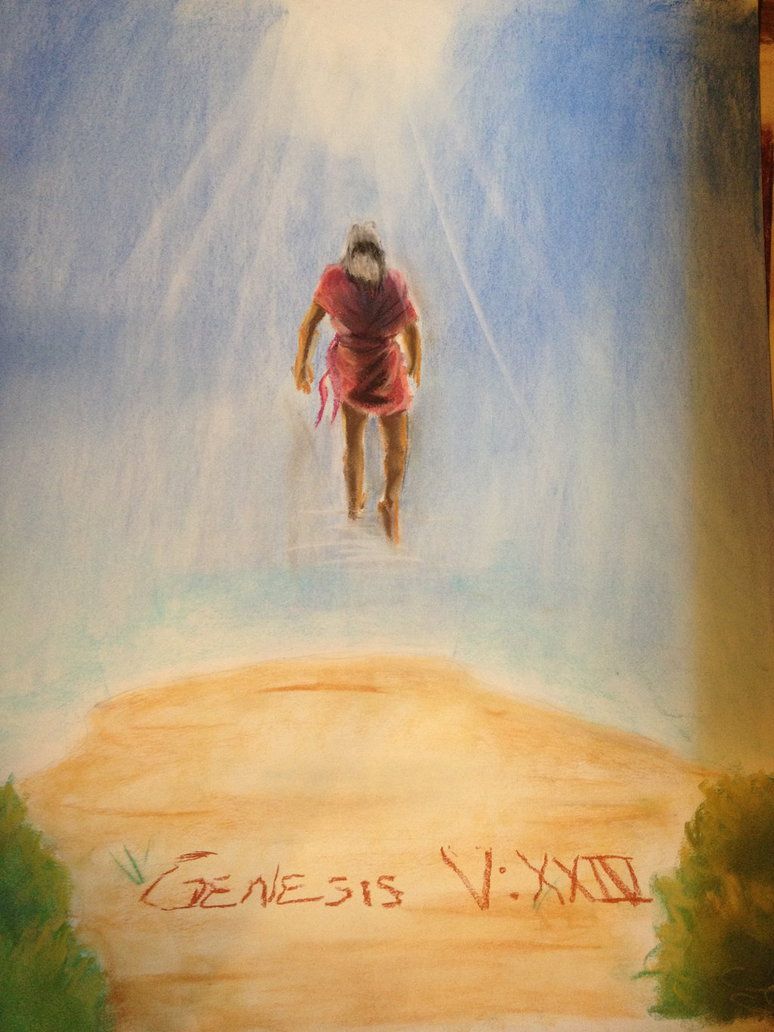 Now faith is not only the substance of things hoped for (and yes Noah hoped for the promise of the flood to come to pass) but also the evidence of things not yet seen. This evidence is not only the witness of God’s Holy Spirit, but a legacy of God fulfilling His promises among Noah’s father, grandfather and great-grandfather Enoch. Great-grandfather Enoch not only received revelation concerning the flood judgment soon coming, but also of the second coming of the One who would destroy ungodliness for ever (Jude 14-15). This man walked so carefully and closely with God, in a wicked generation, that God translated him to heaven, without dying (Genesis 5:24; Hebrews 11:5).

Having seen Noah’s faith in what he believed concerning God and His word, we must consider that his faith was not a passive declaration, but an active obedience. True biblical and saving faith is not just believing a set of truths promised, but living that faith out in actions reflective of what is believed. Vines Expository Dictionary of N.T. words defines the Greek word for faith in our passage as “conviction producing full acknowledgement of God’s revelation, leading to personal surrender to Him, with conduct inspired by such surrender”. In layman’s terms this means biblical faith produces biblical obedience and actions. Without the corresponding actions, the faith is either dead or not real faith at all.

Noah’s life shines with this faith…

(Genesis 6:5-9) 5 Then the Lord saw that the wickedness of man was great in the earth, and that every intent of the thoughts of his heart was only evil continually. 6 And the Lord was sorry that He had made man on the earth, and He was grieved in His heart. 7 So the Lord said, “I will destroy man whom I have created from the face of the earth, both man and beast, creeping thing and birds of the air, for I am sorry that I have made them.” 8 But Noah found grace in the eyes of the Lord.9 This is the genealogy of Noah. Noah was a just man, perfect in his generations. Noah walked with God.

Genesis 7:1 ​1 Then the Lord said to Noah, “Come into the ark, you and all your household, because I have seen that you are righteous before Me in this generation.

Three words must be considered in dealing with Noah’s faith: just (justified or not guilty), perfect (blameless) and righteous (just or vindicated by God). Remembering that all men, including Noah, have sinned and fallen short of God’s glory, we understand that Noah’s being described as “perfect” was not moral perfection. When read in the context of the other two words (just and righteous), just Noah’s descendant Abraham would later believe God and God would credit him with being righteous and just (not guilty based on his faith); so Noah was also blameless in the same way as his ancestor. Noah did not practice sin as his disposition, but when he did sin, he would make atonement, which pointed to the One who is the final and all sufficient Atonement, Jesus Christ.

Despite this truth, we are once more reminded that Noah’s faith was not a passive belief, where he waited for the promise to come to pass; he had to move according to his faith. In fact this is why he was chosen by God. Noah would have to live as the only godly man, steering his family in the God’s direction, when the entire world and all the fallen were against him and his God.

Imagine being the only Christian in your city. The ONLY ONE, which means: you have no church to attend, no bible store to get materials for your growth or encouragement, no other Christians to pray for you or with you. Imagine all your neighbors, not only being cynical about your activities, but looking to catch you reading your Bible, sharing your faith or simply teaching your children about Jesus Christ. Imagine, that your neighbors investigations are not for the purpose of mockery, but to be able to rat you out to the government. Imagine going to the local market and being told your money is not good there, because you’re a Christian. You say impossible, but this is the lot for tens of millions of Christians worldwide in our day, as well as the life for all who would follow Almighty God and His Christ.

(Hebrews 11:35-38) 36 Still others had trial of mockings and scourgings, yes, and of chains and imprisonment. 37 They were stoned, they were sawn in two, were tempted, were slain with the sword. They wandered about in sheepskins and goatskins, being destitute, afflicted, tormented— 38 of whom the world was not worthy. They wandered in deserts and mountains, in dens and caves of the earth.

This was also the lot of Noah. Remember that in his day every intent of the thought of man’s collective heart was only evil continually (Genesis 6:5). The world of Noah, was contrary to every fiber of His God given faith. In order for him to live that faith, he needed total separation from depending on provision, security, and comfort from the world, its system and culture, while, living in the midst of it. In addition to this, Noah’s faith demanded he be set apart to God and His purposes.  He needed to deny even his own desires. This he did, before God spoke to him personally. After God’s word came, concerning the flood, his being set apart took on a new dimension.

(Hebrews 11:7) 7By faith Noah, being divinely warned of things not yet seen, moved with godly fear, prepared an ark for the saving of his household

If we thought Noah was ostracized for his faith in God before he commenced construction on the ark, imagine the onslaught afterward. Consider that Noah was told to build a floating fortress to save his family from a flood, in the middle of a landlocked region. Consider that this flood was to come about largely because of rain (yes and the breaking of the fountains of the great deep), when it had either never rained or rained very little, before they got into the ark (Genesis 2:5; Genesis 7:4).

To Noah’s generation the ark must have seemed completely laughable as well as an unnecessary judgment on their lifestyle from a raving madman, who thought he heard from God. Their ridicule and persecution must have been amplified beyond our comprehension, but Noah was dedicated to God no matter what. Therefore his righteous actions, not only made him the heir of righteousness according to faith, but also a herald of the lost world’s condemnation.

Hebrews 11:7 7 By faith Noah, being divinely warned of things not yet seen, moved with godly fear, prepared an ark for the saving of his household, by which he condemned the world and became heir of the righteousness which is according to faith.

Here we can now see why the world of Noah’s time hated him. His actions of faith, which included a life seeking to please God, where he disconnected from the wickedness of the world culture, system, and people and built an ark–where only those who get in are saved from judgment; was a message of condemnation to them all. Every hammer of a nail, cutting of a tree, hoist of a pulley, or pitching of a section of the structure was a loud speaker declaring, “You’ve rejected the Creator. Now He will judge you!”

Noah’s faith and actions are no less relevant for us today. We are called to set ourselves apart from the world completely–set ourselves apart for God and His purposes in Christ alone– and the very obedience we walk in, will condemn the lost world around us, who reject Christ’s call to repentance. In the next article, we will explore how our life for Christ parallels that of Noah. You’ll not want to miss it.

Mike is a pastor with The Assembly of God Fellowship. He is the lead pastor at Encounter Church in Fostoria Ohio. His desire is to encourage the Church of Jesus Christ, and declare God's hope through His Son Jesus, to a world which is long on excuses and short on hope. Mike has experienced the truth that when we kneel before Christ, surrendering to Him as Savior and LORD, being led and empowered by His Spirit. To Jesus Christ be all glory and honor.
View all posts by Michael J Erdel →
This entry was posted in Genesis 6:5-8, 9; 7:1, Hebrews 11:7, Noah's Ark, Uncategorized. Bookmark the permalink.