My Children, ESCAPE from Babylon! #2

Revelation 17:3-5 (NKJV) So he carried me away in the Spirit into the wilderness. And I saw a woman sitting on a scarlet beast which was full of names of blasphemy, having seven heads and ten horns. The woman was arrayed in purple and scarlet, and adorned with gold and precious stones and pearls, having in her hand a golden cup full of abominations and the filthiness of her fornication. And on her forehead a name was written: MYSTERY, BABYLON THE GREAT, THE MOTHER OF HARLOTS AND OF THE ABOMINATIONS OF THE EARTH. 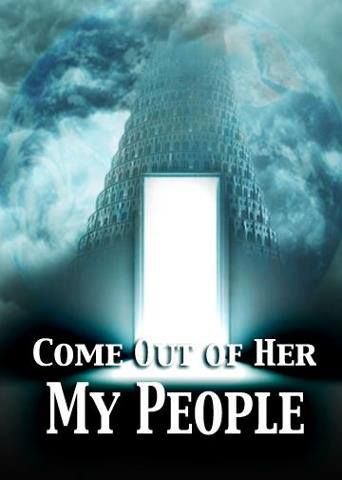 Revelation 18:4-8 (NKJV) And I heard another voice from heaven saying, “Come out of her, my people, lest you share in her sins, and lest you receive of her plagues. For her sins have reached to heaven, and God has remembered her iniquities. Render to her just as she rendered to you, and repay her double according to her works; in the cup which she has mixed, mix double for her. In the measure that she glorified herself and lived luxuriously, in the same measure give her torment and sorrow; for she says in her heart, ‘I sit as queen, and am no widow, and will not see sorrow.’ Therefore her plagues will come in one day—death and mourning and famine. And she will be utterly burned with fire, for strong is the Lord God who judges her.

In our last message from God’s word we understood the spiritual and historical nature of Babylon, from the tower of Babel to Abraham’s call out of the land of Babylon. We understood that when Israel sinned, the LORD used Babylon, even though it was evil, for the purpose of chastising the Jewish people of their idolatry and rebellion.  As we understand that Babylon had actual geography and function as the dominant world power, we see it as a spiritual reality that has continued in almost every world empire since and will coalesce into the last world empire.

This empire will be one world government, empowered by an apostate one world religion that will allow all belief EXCEPT that of followers of Jesus Christ.  The Antichrist will be THE final dictator bolstered by his false prophet and the lying signs and wonders he does. This Antichrist will follow the pattern of Nimrod, being head over all government and religion, while delegating operation of that religion to his false prophet (*it should be noted there is a point when the 10 kings that serve as the political base of the Antichrist’s initial rise to power, will throw off Babylon).

The above passages of scripture relay both aspects of the government and religion God will judge, when Jesus returns to put down all ungodliness. In our time today, we will be looking at God’s call to His children, redeemed through Christ’s shed blood (Revelation 18:4), to ESCAPE from Babylon, both its religious spirit and governmental spirit; and the dependence it creates upon the world, the flesh, and the devil.

Remember that Revelation was written to Christians; Christians who would not see the fall of the end times Babylon despite that truth, God’s call for them to ESCAPE BABYLON, was just as expedient as ours today. Let’s look to the world for an example in the times we live.

Over the last month China, India, Malaysia, Sudan, and Bangladesh have begun to command Christians to renounce their faith, get rid of Christian symbols, and cease evangelism or be denied access to food, jobs, and Covid-19 related assistance. These heinous acts against our brethren reveal the spirit of the Antichrist and his one world government and religion, with us right now and growing at an alarming pace. 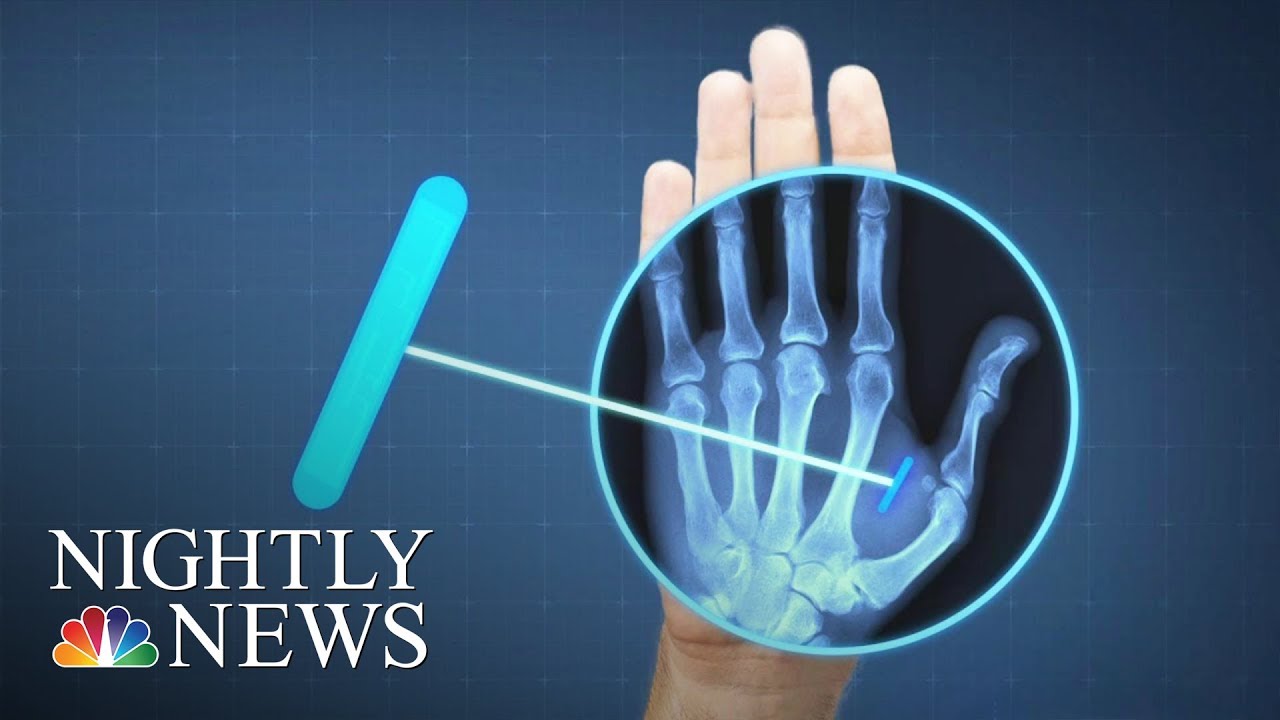 BABYLON IS THE WORLD SYSTEM

To grasp what it means to escape, let us look to a portion of what we discussed in the last post…

We further understand the principal of Babylon, inherent in all the world system of government, even the USA and Israel, from I John 2:15-17.

When understanding Babylon, apart from it’s end times incarnation, we must understand it’s influence in a system. The word “world” from the Greek language means “the orderly arrangement of the world system with its adornment, working in harmony with itself“.

This world system is the source of our undoing as Christians if not careful. Essentially the “world” is the satanic system of Babylon, at work, always pressuring, producing and searching for a place to get its hooks into the children of God through Christ Jesus our LORD.

Jesus declared in John 15:19-20, that in Him we are no longer of the world and its system, but He chose us out of the world, in fact He conveys us out of the world (from darkness to light), with each passing day, so long as we obey Him, while walking through the world system. Perhaps the prophet Daniel and his three Jewish cohorts reveal what this means best, practically.

The prophecy of Daniel is filled with examples of how set apart these men were from Babylon, although they had to live there. It appears their heart was never divided. In Daniel chapter 1 we see the underlying character needed to ESCAPE the allure of Babylon around us. When given an opportunity to have some great food from the kings own supply, the scripture reports something about Daniel’s faith and commitment to God.

Daniel 1:8 (NKJV) But Daniel purposed in his heart that he would not defile himself with the portion of the king’s delicacies, nor with the wine which he drank; therefore he requested of the chief of the eunuchs that he might not defile himself.

It is very important we grasp that Daniel decided before he arrived in Babylon, he would follow the Lord and the law of God with all his heart. From the word “defile” we understand the meat and the wine came from animals and wine sacrificed to the pagan gods of Babylon. Daniel’s decision to refuse to be dependent on the governmental perks, religion, culture, and relationships afforded by Babylon, kept he and his friends in God’s care even in the face of death.

Interestingly, we find two churches in Revelation 2, that were not as faithful as Daniel and became dependent on the world system around them and it led them to defile themselves and put their relationship to Christ at risk.

In the Church of Pergamos (Revelation 2:12-17) we find that some in the church held the doctrine of Balaam (vs. 14), a reference to the faithful being intermarried with the lost pagan world around them. We understand Christians are not to marry a person if that person is not in the faith. In Pergamos, this truth was neglected and not only did it lead to sexual immorality, but Christians being led into idolatry and away from Christ. As Christians we trust the LORD rather than run to the world. Babylon calls us to depend on it for love and affirmation.

In considering Thyatira, we are introduced to the self-proclaimed false prophetess Jezebel, who led the church into sexual immorality and idolatry another way. Being a city of great commerce and paganism, Thyatira had many trade guilds (unions) each with it’s own patron false god. These powerful guilds controlled all business and industry, without which your business (from a  natural perspective) had no chance. Jezebel convinced the Christians, they could join the guilds and thrive.

The only draw back, was that the meetings were rituals of worship and devotion to the false god of whatever guild you were in. At these rituals abominable sacrifices and ritual prostitution for the favor of the god were common place. Hence, the idolatry and sexual immorality of the church. Here we see how Babylon (the world system) entices us to depend on it for life, provision and protection. Fleeing Babylon means no compromise, only trust of Christ and being led by the Holy Spirit.

WHAT DOES THIS MEAN FOR US

In order for us to flee Babylon, we must first admit that living in America is strikingly similar to the character of Babylon in Revelation 18. Secondly we must admit, that as holy as we may want to be, we may be quite fooled as to how much we depend on the system of Babylon around us. Consider how dependent we are on devices. Ask yourself how you would function for one week, without a computer, wireless phone or tablet, and T.V. (sorry friends these are not creations ordained of God).

Thirdly, consider how dependent we are on the culture and economy of the nation in which we live. How many Christians miss fellowship on the Lord’s day or prayer or any meaningful interaction throughout the week, because of work, play, workout, or personal pleasure with culture.

Coming out of Babylon means we disconnect from the system of Babylon–turning from depending on it in order to depend on and be led by God alone (regardless of consequences).

Rather than leave you with a list of do’s and don’ts, let me close with a scripture and ask you to seek the Lord in solitude as to what the passage means and if you are captive of Babylon and need deliverance to escape.

2 Corinthians 6:14 – 7:1 (NKJV) Do not be unequally yoked together with unbelievers. For what fellowship has righteousness with lawlessness? And what communion has light with darkness? And what accord has Christ with Belial? Or what part has a believer with an unbeliever? And what agreement has the temple of God with idols? For you are the temple of the living God. As God has said: “I will dwell in them And walk among them. I will be their God, And they shall be My people.” Therefore “Come out from among them And be separate, says the Lord. Do not touch what is unclean, And I will receive you.” “I will be a Father to you, And you shall be My sons and daughters, Says the Lord Almighty.” ​ therefore, having these promises, beloved, let us cleanse ourselves from all filthiness of the flesh and spirit, perfecting holiness in the fear of God.

NEXT TIME WE WILL LOOK AT WHAT NATION QUALIFIES AS BABYLON, SHOULD JESUS’ RETURN BE SOON IN COMING. 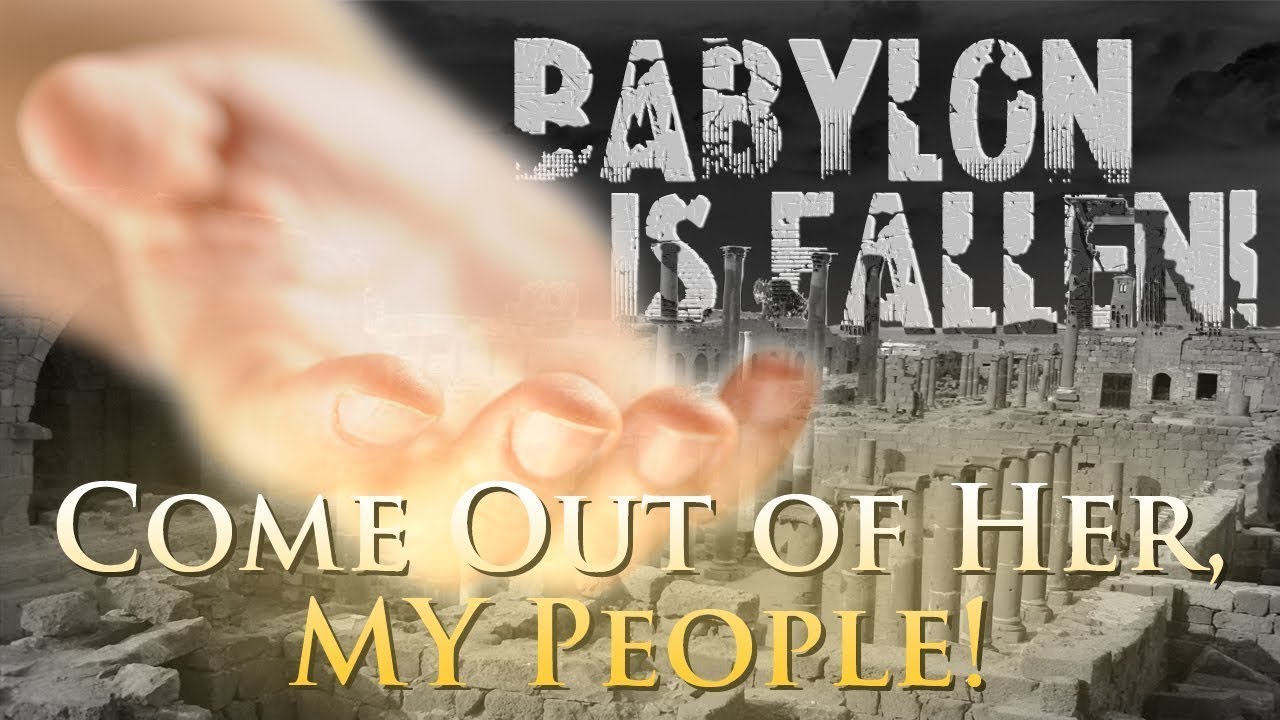 Mike is a pastor with The Assembly of God Fellowship. He is the lead pastor at Encounter Church in Fostoria Ohio. His desire is to encourage the Church of Jesus Christ, and declare God's hope through His Son Jesus, to a world which is long on excuses and short on hope. Mike has experienced the truth that when we kneel before Christ, surrendering to Him as Savior and LORD, being led and empowered by His Spirit. To Jesus Christ be all glory and honor.
View all posts by Michael J Erdel →
This entry was posted in Uncategorized and tagged Come out of Babylon, I John 2:15-17, Revelation 18:1-5. Bookmark the permalink.