Satan’s Plan against the Church (E.M. Bounds on Spiritual Warfare)

In this post I have liberally quoted from one of the most influential Christian pastors and teachers of the last 150 years; though many have not heard of him. E.M. Bounds was contemporary to the likes of Moody, Spurgeon, Nettleton, Finney, Andrew Murray and A.B. Simpson. Not only was he read by some of theses men, his work was assimilated into their lives and teaching. This was also true in the lives of great men of God, closer to our world and culture, such as Oswald Chamber, A.W. Tozer, Leonard Ravenhill and David Wilkerson.

Edward McKendree Bounds, was born in Missouri (1835). He became a pastor before the civil war, and although he opposed slavery, he was arrested as a confederate sympathizer and jailed. He was also charged a fine of $500 dollars. Feeling it immoral for the Federal government to treat its citizens as such, he joined the confederacy as a chaplain, hoping to assist those who needed Christ and would die in the war. After being wounded in a battle, He was captured by the Union and released; after which he would continue his pastor work and writing.

His Complete works on prayer is exhaustive, exhilarating and used to be standard reading for those absolutely surrendered to God and were filled by the Spirit. Perhaps the reason so few are reading him today, even among Pentecostals, reveals a lack in those claiming to be filled with God’s Spirit.

In the quotes below from chapter five of his work entitled “Guide to Spiritual Warfare”, Bounds diagnoses Satan’s scheme that has robbed the church in our day of its identity, power and purpose. May God cause us great reflection as we read, that we may right the ship, before apostacy drowns us all.

Satan is an expert in all the arts of deceit. He is an archangel in execution, and he often succeeds in seducing the nations most loyal to Christ. He leads them into plans that pervert all scriptural principles. When the church itself, the bride of Christ, is seduced from her purity, she degenerates into worldly ritualism. The “gates of hell shall not prevail” against the church. This promise of our Lord stands against every satanic device and assault. But this unchangeable word does not protect the church from the Devil’s strategies, which often pervert the aims of the church and postpone the day of its final triumph. The

Perverting of the Church

The Devil is a hydra-headed monster who is multifaceted in plans and wisdom as well as in atrocities. His supreme effort is to gain control of the church, not to destroy its organization, but to pervert its divine purpose. He does this in the most insidious way, so that there is no startling change and nothing to shock or alarm those whom he is trying to undermine. 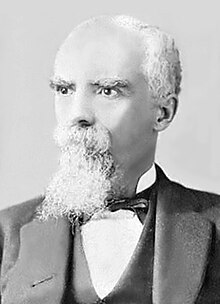 Sometimes revolutionary and destructive change is introduced under the disguise of a greater zeal for Christ’s glory. It is often introduced by someone who is held in high esteem by the local church, but who is totally ignorant of the fact that the measure he is advocating is subversive.

One of Satan’s most perverse schemes is to establish a wrong estimate of church strength. If he can create false assessments of local church power; if he can press the material things to the forefront; if he can make these forces powerful in commands and influence, he has accomplished his purpose.

The third temptation of our Lord was intended to subvert the purposes of His kingdom. Satan planned to do this by substituting material elements of strength for spiritual ones.

This is one of the Devil’s most insidious and successful methods to deceive, divert, and deprave. He parades the most attractive material results. He praises the power of human planning before church leaders until they are dazzled and ensnared. Then the church becomes thoroughly worldly while boasting of her spirituality. No deceiver is so artful in the diabolical trade of deception as Satan. As an “angel of light” (2 Corinthians 11:14), he leads souls to death.

To mistake the true power of the church’s strength is to mistake the true character of the church. When its character is changed, then all its efforts and aims are also changed. The strength of the church lies in its devotion to God. All else is incidental and is not the source of its strength. But in worldly, popular language, a local church is called strong when its membership is large, and when it has social position and financial resources. A church is thought to be powerful when ability, learning, and eloquence fill the pulpit, and when the pews are filled by fashion, intelligence, money, and influence. An assumption of this kind is worldly to the fullest extent.

The Source of True Power

The local church that defines its strength in this way is on the highway to apostasy. The strength of that church does not consist in any or all of these things. The faith, holiness, and zeal of the church are the elements of its power. The church’s strength does not consist in its numbers and its money, but in the holiness of its members. The church’s strength is not found in these worldly attachments or endowments, but in the endowment of the Holy Spirit on its members.

The most deadly symptom that can be seen in a church is the transference of its strength from spiritual to material forces, from the Holy Spirit to the world. The power of God in the church is the measure of its strength. This is the quality God looks for in a church. The power of the Holy Spirit gives the church the ability to accomplish the purposes for which it was designed.

On the contrary, show us a church that is poor, illiterate, obscure, and unknown, but composed of praying people. They may not be men of power, wealth, or influence. Their families may not know one week where they are to get their bread for the next. But with them is “the hiding of [God’s] power” (Habakkuk 3:4), and their influence will be felt for eternity. Wherever they go there is a fountain of light, Christ in them is glorified, and His kingdom is advanced. They are His chosen vessels of salvation who reflect His light.

Within the church there are unmistakable signs that she has been blinded and caught by Satan’s dazzling glare. The church is being seriously affected by the material progress of the age. We have heard so much about prosperity and gazed on it for so long that spiritual views no longer appeal to us. Everything must take on the rich quality, luxuriant growth, and magnificent appearance of the material, or else it seems beggarly. This is the most perilous condition the church has to face. It happens when the meek and lowly fruits of holiness are discounted by the showy and worldly charms with which material success crowds the church.

We must not yield to the flood. We must not for a moment, not with the hundredth part of an inch, give place to the world. Holiness and devotion to God must be stressed in every way and at every point. The church must be made to see this delusion and snare. This transference of strength from God to the world, this rejection of the Holy Spirit’s endowment of might and power, must be recognized as yielding to Satan. The church, more and more, is inclined not only to disregard, but also to despise, the elements of spiritual strength and to set them aside for more impressive, worldly ideas.

Mike is a pastor with The Assembly of God Fellowship. He is the lead pastor at Encounter Church in Fostoria Ohio. His desire is to encourage the Church of Jesus Christ, and declare God's hope through His Son Jesus, to a world which is long on excuses and short on hope. Mike has experienced the truth that when we kneel before Christ, surrendering to Him as Savior and LORD, being led and empowered by His Spirit. To Jesus Christ be all glory and honor.
View all posts by Michael J Erdel →
This entry was posted in Uncategorized and tagged E.M. Bounds, Not ignorant of Satan's devices, spiritual warfare. Bookmark the permalink.