Another Unnecessary LAME UNBIBLICAL Apology from and Celebrity Christian! 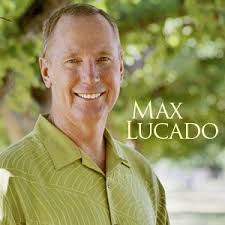 In a recent Christian Post article, it was reported that popular Christian writer and pastor, Max Lucado had come under fire for his position on gay marriage and attitudes toward LBGTQ, in general. This occurred after he had been invited to preach at the National Cathedral in Washington D.C.

It seems that the National Cathedral has more than a few “liberal” members, who criticized the author and speaker’s viewpoint on gay marriage. In a subsequent article one day later, Lucado apologized for his pastor comments, which had engendered such harsh criticism. Click the link to go to the Christian Post article… https://www.christianpost.com/news/max-lucado-apologizes-for-past-sermon-on-homosexuality.html)

“In 2004 I preached a sermon on the topic of same-sex marriage. I now see that, in that sermon, I was disrespectful. I was hurtful,” wrote Lucado, pastor of Oak Hills Church, a nondenominational Christian church in San Antonio, Texas…”

“I wounded people in ways that were devastating,” Lucado, who spoke at the National Cathedral on Feb. 7, continued. “I should have done better. It grieves me that my words have hurt or been used to hurt the LGBTQ community. I apologize to you and I ask forgiveness of Christ.”

“To be clear, I believe in the traditional biblical understanding of marriage, but I also believe in a God of unbounded grace and love,” he said in his letter. “LGBTQ individuals and LGBTQ families must be respected and treated with love. They are beloved children of God because they are made in the image and likeness of God.

In Max Lucado’s response we see another “Christian Super-Star” preacher capitulate to the world the flesh and the devil. Really a sermon on marriage being defined in God’s word as being between a man and a woman, was hurtful? To whom?

Out 64 million married America couples that fit the biblical definition of marriage (132 million of 330 million population), there are only 543,000 same sex married couples, with a vast majority of homosexuals choosing couple relationships without marriage (8 million). In the first place it seems, statistically, that LGBT do not care to live in marriage but co-habitate. The reason is that any and all LGBT deal with sexual sin against God. Since it is rebellion, those who choose it, know a government marriage certificate won’t solemnize it in the site of God, so why bother?

Statistically, less than 1% of all marriages are LBGT, so who was he offending? The answer is, he was offending sinners who hate God’s word and hate God’s children, through the shed blood of Jesus Christ.

In Lucado’s response, he gives the same mush mouthed and unbiblical response, we often hear when accused by a bent-on raging against the LORD and His Anointed (Psalm 2); and that answer is we ought to respect LBGTQ because they too are children of God, being made in God’s image.

Let us further examine this claim.

Although Adam was created in the image of God, that image was marred and tainted, through Adam’s sin. Adam’s first son killed his second Abel, as we see Cain, ignoring the commands of the Lord (Genesis 4:6-7). We then find in Genesis 5:3, that Adam brought for a son, in his own image and after his own likeness. Let us understand, both Cain and Abel were brought forth the same way, yet one desired to be like the father and trust YHWH for atonement (Abel), through appropriate sacrifice in faith; the other wanted to have atonement his way.

This is transgression, comes from Cain being brought forth in Adam’s sinful image and after his sinful likeness (Adam’s passed-on iniquity). Genesis 5:3 reveals that Seth, was more like Abel and Adam, after the fall; Cain more like his father, before the fall.

The point is that Adam’s stain taints every human being born and makes us all other than God’s children, even from before birth.

Psalms 51:5 (NKJV) Behold, I was brought forth in iniquity, and in sin my mother conceived me.

Yet the scripture goes further to declare what we are by birth and it is not remotely close to being children of God.

Romans 8:7-8 (NKJV) Because the carnal mind is enmity against God; for it is not subject to the law of God, nor indeed can be. So then, those who are in the flesh cannot please God.

Simply stated, by birth we are all born enemies of God, sinful and unable to please Him, being carnal; sold under sin. To advance this m point, consider with me that sexually immorality (which includes pornography, adultery, fornication and yes LBGT) is carnal behavior. So, are Christians are supposed to respect those who are sexually immoral?

No, we are not! We are not to be respecter of person’s period. We are to love our enemies, but this is not through tolerating or elevating sin, to sanctioned status before God, regardless of what that sin is.

Let us consider an even clearer passage from the word of God.

Ephesians 2:1-3 (NKJV) And you He made alive, who were dead in trespasses and sins, in which you once walked according to the course of this world, according to the prince of the power of the air, the spirit who now works in the sons of disobedience, among whom also we all once conducted ourselves in the lusts of our flesh, fulfilling the desires of the flesh and of the mind, and were by nature children of wrath, just as the others.

In this passage the word of God declares all apart from Christ to be “children of wrath“. The only way to become a child of God is through the atoning work of our Lord Jesus Christ (John 1:12). In this our relationship to God is restored and only those who have received the promise of God, in Jesus finished work of redemption, are children of God.

With this truth, what does Max Lucado do with I Corinthians 6:9-10, Revelation 21:8, and 22:15, where sexual immorality and homosexuality are listed as sin practices, which will keep humanity out of the kingdom of God? So why did Max Lucado apologize or even take a speaking engagement as the National Cathedral, when it is notoriously liberal? He did both for the almighty dollar.

If Lucado’s position on marriage has not changed (as he says being traditional or biblical), as he stated, the only reason to apologize is to fear diminishment in his lucrative book sales, being rejected by the growing apostate church in America, and doing an uncomfortable tap dance as a mega church pastor. All those of solid faith in Christ, ought to boycott his writings, until he repents of grieving the Holy Spirit.

Truth told, some of his older works were beneficial to my understanding of God’s love, but he has had nothing to give in offering to God or the benefit of God’s church for decades. His work is simply, like drinking a juice glass of water half full of water and the bottom quarter sugar. You’ll get a rush if you get by the syrupy sweetness, but your belly will be sick in a few minutes.

How should treat effeminate, sodomites, cross dressers, those who abominably alter their God given sex?  Like any other person who is stuck in their sin, by speaking the truth in love, and avoiding ungodly and overly friendly ties to them (II Corinthians 6:14-18).

Speaking the truth in live is not respect for the individual, but is it God’s love and mercy, calling the sinner to repentance, for without repentance and faith in Christ, they will die in their sin and wind up in the second death, which is the lake of fire which burns forever.

What any militant sinner wants (those who have chosen to shut off God’s voice in word and Spirit) is not respect, but the bowing of the Christian’s conscience to their own unregenerate and debased mind set. May God convict Max Lucado of bowing to Satan’s plan of silencing men of God. May we continue to speak the truth in love, calling all to repentance and reaming humble before our God; for apart from Christ we’d be just as lost.

Mike is a pastor with The Assembly of God Fellowship. He is the lead pastor at Encounter Church in Fostoria Ohio. His desire is to encourage the Church of Jesus Christ, and declare God's hope through His Son Jesus, to a world which is long on excuses and short on hope. Mike has experienced the truth that when we kneel before Christ, surrendering to Him as Savior and LORD, being led and empowered by His Spirit. To Jesus Christ be all glory and honor.
View all posts by Michael J Erdel →
This entry was posted in Uncategorized and tagged apostacy, cancel culture, Christian, Ephesians 2:1-3, Max Lucado, National Cathedral. Bookmark the permalink.

1 Response to Another Unnecessary LAME UNBIBLICAL Apology from and Celebrity Christian!