Hey Pilgrim… This World Will Never Be Home. 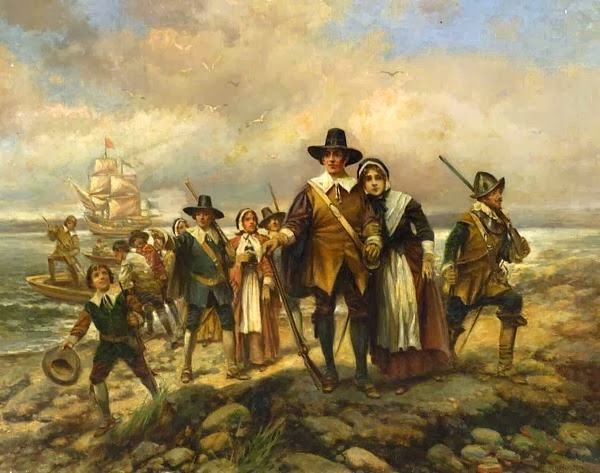 Psalms 84:5-7 (NKJV) Blessed is the man whose strength is in You, whose heart is set on pilgrimage. As they pass through the Valley of Baca, they make it a spring;  the rain also covers it with pools. They go from strength to strength; Each one appears before God in Zion.

For many Americans, the word pilgrimage often conjures images of those who landed at Plymouth Rock Massachusetts in 1620. Many do not know that the pilgrim voyage to America, for the purpose of avoiding religious persecution, was not their first pilgrimage.

The pilgrims first left England for Holland in 1607 and attempted to live in the city Amsterdam. Having been of the persecuted puritan Christian sect (persecuted by the Church of England), the pilgrims found freedom to worship as they resided in Amsterdam. They also found a new threat to their faith from hundreds of practices in the the liberal city’s culture. They decided to move to Leiden (another city ion Holland, over concern that their young people would be enticed to leave the faith for the worldliness immorality of Amsterdam.

Many of the pilgrims did well in Leiden, as they shifted to industrial work rather than the agriculture they were accustomed too. There were some, because of their good morals and practice, who even attained government and college level employment; but many struggled. After about 10 years they began to notice signs of early aging, an inability to adjust to Dutch life in some of the older puritans and their younger community members falling away from the faith.

They learned an invaluable lesson, one that would repeat in America in a short time: when pilgrims find a home, they are no longer pilgrims. When the reason pilgrims are on pilgrimage is no longer an issue, they lose sobriety and their faith is at risk.

In Holland the pilgrim faith and practice began to diminish, as they settled into their new home; a home city which placed no pressure from persecution against their faith. One would think that the environment of religious freedom would be wonderful, but alas it seldom produces stronger faith. In this environment there is a real risk of a watered down caricature of the faith. The pilgrim leaders recognized this and decided another pilgrimage was necessary to preserve their puritan faith. On July 20, 1620 they set sail for the  North America continent.

Many believe, in error, that the pilgrims had much to do with the founding to the United states of America; that is an incorrect understanding of history. It is true when they founded their governance, it was separated from other English colonies, and reflected a more biblical form of governance. But the Massachusetts Bay Colony (founded upon the mayflower compact) was reformed as the Massachusetts Bay Province in 1691, which was under English governance and Church of England dominance. The remarkable reality is that there was no pilgrim uprising and no pilgrimage to escape English tyranny.

We must regard well what occurred when they found a permanent home. In Psalm 84 we are reminded that Christians are always on “pilgrimage“. But what does that mean?

“Blessed is the man whose strength is in You, whose heart is set on pilgrimage”

Let us remind ourselves that the person who knows they need God’s strength, having their faith tested and at risk repeatedly by the world around it, is the person who will be strong in the strength and power of the Lord.

2 Corinthians 12:9-10 (NKJV) And He said to me, “My grace is sufficient for you, for My strength is made perfect in weakness.” Therefore most gladly I will rather boast in my infirmities, that the power of Christ may rest upon me. Therefore I take pleasure in infirmities, in reproaches, in needs, in persecutions, in distresses, for Christ’s sake. For when I am weak, then I am strong.

It is the person described above that is set on “pilgrimage“.

The word “pilgrimage” in its original Hebrew from Psalm 84 means “to be passing through, as on a turnpike“. The man or woman who is strong in the Lord is one who sees himself as “passing through this life“, as a pilgrim with no homeland on this earth.

How long is this pilgrimage? Our entire life, as we are on the narrow road with Christ, walking through the Valley of the shadow of Death; from the moment we are saved, until we are with Him forever.

A “pilgrim” is therefore one who passes through life and denies the desire to be tied down to the world in any way. They claim no ownership of anything, because they understand that the temporary material things of the world can be taken away–they understand that being tethered to stuff, culture, or politics, robs us of energy, time and focus needed to  live out God’s will. The Book of Hebrews reveals this pilgrim character we are to have.

Hebrews 11:13-16 (NKJV) These all died in faith, not having received the promises, but having seen them afar off were assured of them, embraced them and confessed that they were strangers and pilgrims on the earth. For those who say such things declare plainly that they seek a homeland. And truly if they had called to mind that country from which they had come out, they would have had opportunity to return. But now they desire a better, that is, a heavenly country. Therefore God is not ashamed to be called their God, for He has prepared a city for them.

For those who truly love the Lord, we must carry the attitude of heart that we are passing through and our destination is not the American dream, not even a better life here. As soon as a Christian finds home in this life, and we may take their eyes off of our eternal home. In this state, we become protective of what is ours, forgetting “naked have I come into the world and naked shall I go“, forgetting we will be clothed with His righteousness forever.

When we prayerfully maintain a heart disposition led by the Holy Spirit, then and only then can we appropriately relate to the lost world around us.

1 Peter 2:11-12 (NKJV) Beloved, I beg you as sojourners and pilgrims, abstain from fleshly lusts which war against the soul, having your conduct honorable among the Gentiles, that when they speak against you as evildoers, they may, by your good works which they observe, glorify God in the day of visitation.

The word “sojourner’s” means “resident alien“. This understanding fits right along side the reality that we are “passing through“. With the new circumstance facing Christians in America, we can now see that the idea of a “Christian nation”, this side of heaven, is antithetical to what it means to be a pilgrim passing through. Now we are a chosen generation, a royal priesthood, a holy nation (Christians of all nations tribes and tongues), His own special people, that you may proclaim the praises of Him who called you out of darkness into His marvelous light (I Peter 2:9). This really hits home as we consider a few more verses in Psalm 84.

As they pass through the Valley of Baca, they make it a spring;  the rain also covers it with pools.

The phrase “Valley of Baca” literally means “Valley of Weeping” This was a literal place, but also a metaphor of the life of the one on pilgrimage. Simply put, the follower of Christ, on pilgrimage, will pass through the Valley of Weeping often, because it is synonymous with the pain and perils of the Valley of the Shadow of Death. Once again we are reminded this world does not reflect the glory of the new heavens and the new earth, but is passing away and dying.

The point being, that as we walk the narrow road through the Valley of Weeping/Valley of the Shadow of Death, we make it life giving like an oasis in the desert. This occurs through the fullness of the Holy Spirit in and through us. Let us recall…

“As they pass through the Valley of Baca, they make it a spring;  the rain also covers it with pools“

It was the Lord Jesus Christ in John 7:37-38 who told us, whoever believes in Him, as the scriptures declared, will have a river of living water spring up from their innermost being. It is the apostle Paul, who testifies through his sincere prayer, what it is that brings us into such union with Christ, that we are baptized and filled with the Holy Spirit.

Philippians 3:10-11 (NKJV) that I may know Him and the power of His resurrection, and the fellowship of His sufferings, being conformed to His death, if, by any means, I may attain to the resurrection from the dead.

The power of His resurrection is to be filled and empowered by the Holy Spirit of God. Not only was it Paul’s desire to know the Lord Jesus Christ intimately, but also to be filled with the same power that raised Christ from the dead. Why would the Lord bless us so? Because we are committed to the “fellowship of His sufferings” which come as we walk after Him through the Valley of Weeping.

What far too many charismatic and Pentecostal Christians forget is that being filled with the Holy Spirit is not a badge of honor or for spiritual prestige, but the gift of the Father is to glorify Christ alone. This gift is for all but is only given to those who absolutely surrender in faith; who’s love and faith for Christ is so sincere that they will obey him even if it puts their health, livelihood or life in jeopardy. That person is one who is on pilgrimage.

As that person passes through the Valley of Weeping and are squeezed by the “fellowship of the sufferings of Christ” out pours the former and latter rain of the Spirit of God, to being life to those who are seeking to avoid the second death.

So, “Listen here pilgrim, this world will never be our home”. Let us go forward on pilgrimage untethered from the world and the flesh, that in the difficult times ahead, we will remain on pilgrimage, until we reach our eternal destination. Only then will we fulfil our calling, and set our navigation on our eternal home with our Lord and God.

Mike is a pastor with The Assembly of God Fellowship. He is the lead pastor at Encounter Church in Fostoria Ohio. His desire is to encourage the Church of Jesus Christ, and declare God's hope through His Son Jesus, to a world which is long on excuses and short on hope. Mike has experienced the truth that when we kneel before Christ, surrendering to Him as Savior and LORD, being led and empowered by His Spirit. To Jesus Christ be all glory and honor.
View all posts by Michael J Erdel →
This entry was posted in Uncategorized and tagged I Peter 2:11-12, II Corinthians 12:9-10, Philippians 3:10-11, pilgrimage, pilgrims, Psalm 84:5-7. Bookmark the permalink.