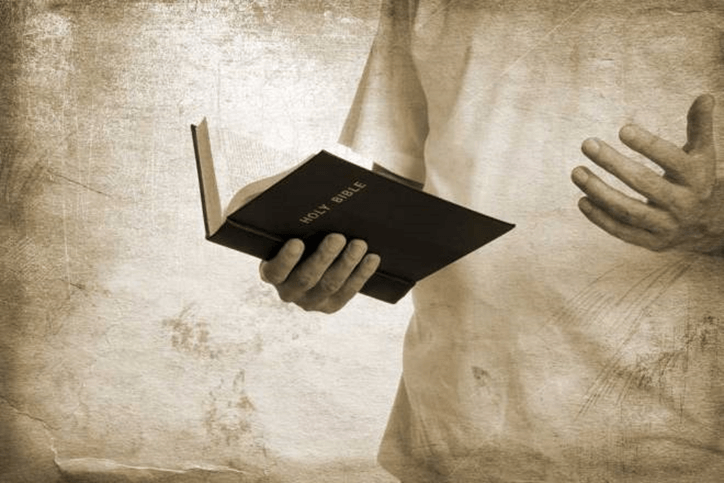 Dear Friends below is an article about nine trends facing Pentecostal Church’s from a British Pentecostal leader first communicated in 1973. The warning against these trends was largely ignored and really speaks to the Body of Christ as a whole, whether it it may be Pentecostal or not. To our brethren outside the United States, be careful of these trends, as they are the foundations of the apostate church, infused with the spirit of this age.

British Pentecostal leader and theologian Percy Brewster, in a 1973 Pentecostal Evangel article, identified nine trends facing Pentecostals. While some of these trends were the natural result of the movement’s growth and maturation, others he ascertained as “extremely dangerous” or even Satanic in origin.

When Brewster wrote the article, there were only about 20 to 30 million Pentecostals worldwide. Over the past 44 years, that number has burgeoned to between 350 million and 700 million, depending upon how one defines Pentecostal. Today, Pentecostals would do well to heed Brewster’s advice to carefully reflect about the nine trends, which continue in many Pentecostal circles.

The first trend identified by Brewster is that Pentecostals have become “too sensitive to public opinion.” He encouraged believers to be more like early 20th century Pentecostals, who seemed “immune to criticism.” Rather than adapting to the world’s values, he asserted that Pentecostals should make the Bible their “blueprint for living,” seeking to please God in all they do.

The second trend is that some “accept the heritage of the past without a corresponding personal dedication.” This includes people who were reared in Pentecostal churches and who identify with the Pentecostal tradition, but whose spiritual life is far from where it should be. They have a form of godliness, but not the substance.

The third trend is a weakening in the area of evangelism. Brewster warned that a church which places a low priority on evangelism is committing “spiritual suicide.”

The fourth trend is to spend large amounts of money to build extravagant churches, rather than investing the money in evangelism and missions.

The fifth trend is the tendency to get caught up in the busyness of church work and committees, while neglecting the needs of spiritually hungry souls. Brewster encouraged readers to prioritize evangelism and discipleship.

The sixth trend, according to Brewster, “is an unhealthy move to segregate the young and the old.” In many churches, he witnessed that “the young people are taking over, and sometimes 90 percent of the church energy is expended on the young.” He refuted this as unbiblical, noting that “the older people need the zeal and energy of the young, and the young need the balance of the older people’s wisdom and maturity.”

The seventh trend is an overemphasis on demon power. Brewster cautioned against attributing every problem to demons, which gives undue recognition to the devil, who is “already a defeated foe.”

The eighth trend, and one of the most serious in Brewster’s estimation, is the tendency to tolerate and excuse sin. Pentecostals must clearly and resolutely proclaim truth, rather than shifting their opinions to accommodate human weakness.

The ninth trend, which Brewster also identified as very dangerous, is to think that education can be a substitute for the call of God and the power of the Holy Spirit.

How should Pentecostals react to these trends? According to Brewster, theology trumps sociology — Pentecostals should continue to proclaim biblical truth regardless of trends. However, he encouraged them to “contend for the faith without being contentious.”

When Brewster wrote the article in 1973, the charismatic movement was gaining strength in mainline Protestant and Catholic churches. This context helped shape many of the trends that Brewster identified. Many of the new charismatics either stayed in their old denominations or challenged traditional holiness standards if they joined Pentecostal churches. Instead of retreating or compromising in the face of these challenging trends, Brewster encouraged Pentecostals to continue to evangelize at home and abroad, and to fellowship with all who “recognized the Lordship of Jesus Christ” and who sought the fullness of the Holy Spirit.

Read Percy Brewster’s article, “A Look at the Worldwide Pentecostal Movement,” on pages 9 to 11 of the Dec.16, 1973, issue of the Pentecostal Evangel.

Mike is a pastor with The Assembly of God Fellowship. He is the lead pastor at Encounter Church in Fostoria Ohio. His desire is to encourage the Church of Jesus Christ, and declare God's hope through His Son Jesus, to a world which is long on excuses and short on hope. Mike has experienced the truth that when we kneel before Christ, surrendering to Him as Savior and LORD, being led and empowered by His Spirit. To Jesus Christ be all glory and honor.
View all posts by Michael J Erdel →
This entry was posted in apostacy, Assembly of God, Pentecostal, Pentecostal Evangel, Percy Brewster, Uncategorized. Bookmark the permalink.